The Change in Our Pockets

Dear Leader (that means us),

Experiences we have are a part of who we become and we are always evolving. Just like a child learns fire is hot and causes pain before he understands the reasons to not play with it, these experiences whether good, bad, or ugly are important in learning about life and how we move forward.

Who we become can vary in relation to how we learn from and deal with any given experience. If we lived in a Utopia all would be sunshine and roses (without the thorns), but I have never seen this Utopia in my lifetime and I have seen suffering. I myself have suffered. You have suffered.

Across our country most of us are suffering with the families of those who were killed at Sandy Hook Elementary, just as we suffered with and for those killed and injured in a theater in Aurora, Colorado; as we do with all of the other people in all of the other places we once thought were safe. Our suffering has the power to create positive change, but only if we allow the suffering to teach us something and it’s trying to. I’m just not sure who is truly listening vs. who is mirroring.

“We are far more likely to unknowingly seek to confirm our biases than we are to challenge our opinions.” ~ Callum Hackett

I would add, many of us are also far more likely to confirm our biases knowingly based on our own (or others) interpretations of things like the Bible and the Constitution.

As Americans, the change we want is in our pockets. In other words, it is within our reach. While many of us unceremoniously empty our pockets (read voice opinions) without thought, 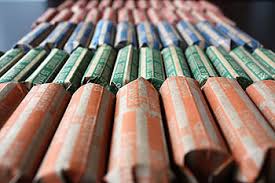 we instead have the opportunity to gather it together, sort it into stacks that make sense, roll it up manageably, and then cash it in. What we then invest in depends on what we collectively value. It would be my hope that above all, we value life.

This change is currently jangling around; on the internet, our work places, our homes, and in our minds. Can you hear it? Right now we are overflowing with change yet our moral bank accounts are over-drawn. Everyone has their two cents, but without a collection plate and a plan we will remain in the blood red deficit of insufficient funds.

Or, we can toss it into the deep well of our collective sorrow and anger and merely make a wish, but do wishes without action really come true?

I am tired of wishing. There are things we can do and we should do. These things start with an honest and civil conversation, not a debate. Debates are for those who merely want to win. If we cannot come together and talk rationally then we cannot do anything at all.

We have some serious problems in America. I’d like to point out a few that I believe are detrimental to humanity and it starts with each and every one of us.

The language we use with one another is un-called for (mostly). We argue and demean one another over just about everything.

I have said before, the internet – although a tremendous tool for connecting and sharing, is also a weapon of war. The war we have been waging with one another. I do not think our Forefathers meant for Freedom of Speech to be a weapon used against each other just because we can based on our mood of the moment. Additionally, the language we use in our homes is language we teach our children. Hate should not be America’s second language, sadly, it is.

The entertainment we buy into is disgusting. The entertainment and media industries will tell you if we didn’t want more and more we wouldn’t buy it, view it, listen to it, watch it, or play it.

So why do we? Why do we allow our kids to? 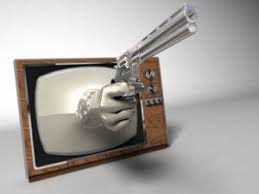 We cannot confront them without first confronting ourselves and America’s unhealthy desire for blood and gore in our entertainment. We can no longer deny the studies that media uses to sell us more and more and we cannot continue to think we have not been sold. Just like the saying, “you are what you eat” consumption is consumption and America needs to go on an “entertainment” diet.

Politics are also sold. They are also bought. In February, 2012 I interviewed former lobbyist Jack Abramoff and asked why all of the so-called reforms he’s proposed since being released from Federal prison seem like little more than a scratch on the surface and are clearly nothing but more (to use his words) “work-arounds”. 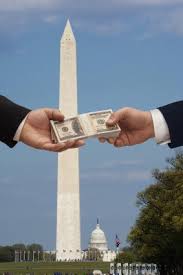 I asked why it’s ok for PACS and Super PACS and Lobbyists to “donate” so much money to campaigns and politicians, stating it’s still “special interest” dollars; it’s still bribery, no matter how he wants to frame it. I ended the question asking how then does the 99% compete with the 1% in being heard and represented when they are broke and do not have thousands of dollars to give. Sadly his response was, “We can’t all eat steak.” So much for a reformed Casino Jack.

It still boils down to buying the votes that make the laws; whether they are for a person or an issue. Gun (NRA), BigPharma (Baxtor/Novartis), and Agriculture (Monsanto) lobbyists are the biggest campaign contributors in our country. Few seem to ask why; even less seems to care; some never take the time to know. What are these groups really buying? What’s in it for us as citizens?

Health care in our country is abhorrent. Even more so when it comes to mental health. Mental challenges are looked at with disdain and disgust instead of with care and compassion. It’s the embarrassing secret we rarely discuss. 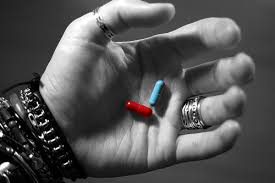 Physicians influenced by BigPharma are happy to prescribe a never ending assortment of chemicals based on their individual diagnosis (and they often disagree with one another) or even the under-the-table kick-backs some doctors receive for choosing one medication over another. Don’t even say, “get a second opinion” because most of us cannot even afford the first one.

According to CNN’s Dr. Sanjay Gupta – in a recent on-air interview in relation to the Sandy Hook murders, 1 in 4 Americans have a mental health problem. Are there really that many insane among us? Or, are we stressed out and sick over endless Wars, talk of terrorism, and propaganda; a failing economy, job losses and imbalanced pay; sicknesses we cannot treat; the constant rapid fire technology firing away at our senses; the pharmacopeia haze of medication and processed foods we have been led to believe is good for us? What’s in your medicine cabinet and kitchen cupboards? Who told you it was OK to be there? Why?

I have not opined much on guns since this last round of violence. Instead I have mostly sat back and listened. I have tried to get a clear view of what American’s are thinking and feeling. I have to say I am appalled at what I see. When does a person’s “right to bear arms” trump a person’s “right to live”? A man was just shot twice at a Little Caesars pizza place because he complained about how long it was taking. The man behind him didn’t want to hear it and when the argument and shoving match ensued he pulled out a legally concealed weapon and shot the guy. Luckily no one died, but the shooter immediately claimed it was his right to “stand his ground”. Are you serious? Is this really what we want?

The 2nd Amendment is open to interpretation just like the Bible. Wars are fought over these interpretations. As American’s we now have the opportunity to truly define what these things mean.

I have seen countless people making veiled threats (and some not so veiled) about what they will do or what will happen if President Obama (or Congress) touches the current gun laws. I have seen countless arguments over whether a Bushmaster rifle is any worse than a handgun. How can anyone make that argument in good conscience?

I am saddened and sickened by the society we have created and keep fighting against each other to protect. Our society needs to take it’s change and bring it together. The common ground we stand on is called America and she is sick. Let us gather this change in our pockets and cash in to a better country instead of it and its greed motivated leaders cashing in on us. We are the leaders, so let us lead.

12 comments on “The Change in Our Pockets”