I was married for a very long time. Raising three awesome kids was difficult and keeping up with the household chores was a full-time job in itself. Although I got some help with household chores each week, I had always wished I had gotten more help from my husband. Especially at the end of the day when he didn’t understand why or got upset if I was too tired to have sex.

“Woman is the Nigger of the World.”

This was a phrase initially coined by Yoko Ono during an interview with Nova magazine in 1969. It even made the magazine’s cover. Within three years of that interview, John and Yoko wrote and released the song. It — like the phrase itself, describes women’s subservience to men and male chauvinism in general.

According to the Institute for Social Research at the University of Michigan, women spent an average of 27 hours a week on housework in 2002, compared to only 16 hours for men. In addition, women spend more than twice as much time the men do on child care.

I think many women — especially those that also work, have always felt put upon as if men have some sort of get-out-of-jail-free card when it comes to housework and child rearing. In fact, often times women will use this as an excuse as to why they aren’t having much sex. They say are too tired at the end of the day. 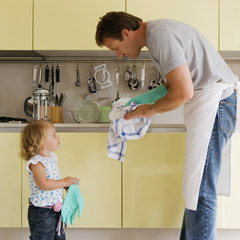 Ironically, studies suggest that the more help women get from their men around the house led to less — not more, frequent sex.

According to a major study published in the American Sociological Review[i], Julie Bines – an Associate Professor at UW, found that the amount of non-gender housework a husband contributes to affects the frequency with which a couple engages in sex. Couples that stuck with gender-specific chores engaged in more sex.

Wait a minute! Holding down a job, carrying the bulk of parenting duties and maintaining a household takes a huge toll on a woman. Wouldn’t any and all help from a husband work out in his favor? Apparently not when it comes to getting some.

“If the activity is coded as masculine or feminine and it expresses ideas about what makes the opposite sex interesting, attractive, alluring, mysterious, that seems to be related to sexual activity and possibly sexual desire,” Brines was told the Toronto Star.

On average, married couples have sex 66 times a year (a little more than once per week) according to the 2005 General Social Survey conducted by the National Opinion Research Center. One in five married couples are considered to be in “nonsexual” relationships, meaning they are sexual together fewer than 10 times a year. Interestingly and for comparison, studies have shown that single people have sex less often than most married couples. 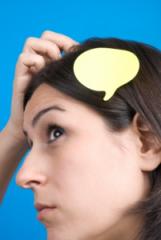 What Do Women Really Want?

Even though women really do want and need more help around the house, the reality is that raw masculinity is one of the main traits that women also want and  find to be sexually appealing in a man. Masculinity can take many shapes, but it is typically displayed during gender specific roles (including chores). In addition men may emit more testosterone filled pheromones when they are doing things deemed specifically masculine.

Women who frequently see their men participate in gender neutral or gender reversed roles may potentially be seeing their men as less masculine therefor lessening their physical attraction or desire toward them at the same time increasing their appreciation for them.